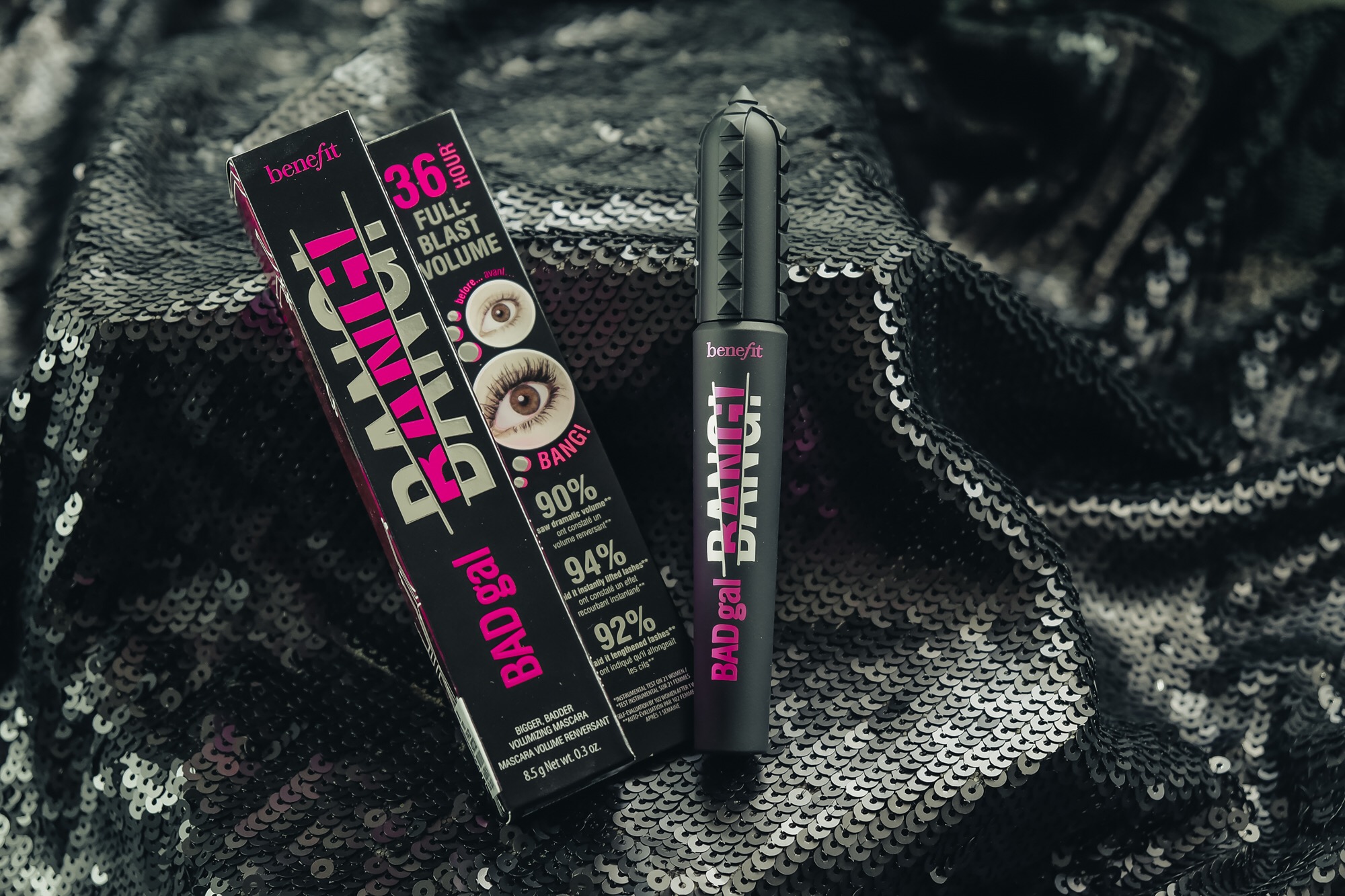 There are so many mascaras in the market, its hard to know which one really does the trick for you. When I saw the buzz about this mascara, of course I was intrigued but I wasn’t itching to try it out until people really started raving about them.

Benefit’s new BADgal BANG! Mascara ($24) finally rolled out in stores here in Manila on February 23rd. Guess who went out to get one? ME! Benefit wasn’t kidding when they said “lashes so big, you can see them from space!

I did my usual makeup routine. I normally don’t curl my lashes which is honestly something I need to start doing because no fail, my lashes just go flat within 5 minutes of applying any mascara.

I tested the mascara with my left eye first. I just really wanted to see the difference between my lashes. It definitely added length to my lashes.I was shookt!

The BADGal BANG! Mascara has a really light formula. I can tell because it’s been 5 hours and it didn’t weigh my lashes down. It looks like I actually used an eyelash curler for this but like I said earlier, I normally don’t even go that route. The reason why Benefit even mentioned “space” in its tagline for this mascara is because one of its main selling points is the aero-particles which is one of the lightest known materials and they’re used in spacesuits.

It’s pretty spot on to what it says it is – water-resistant and volumizing. The smudge-proof part, not so much. On my 6th hour wearing the mascara, it started smudging by my bottom lashes and that is something I don’t normally experience with a water-resistant mascara.

It’s not clumpy which is something really important for me. I love having my lashes pop out but not to the point where they look spidery. If there’s one thing about this mascara I’m not loving, its the wand. It’s a little too flimsy and bendy for me that it was a bit difficult to comb out some corners of my lashes. I’d like a more firm wand when applying mascara to get a better control. Other than that, this mascara is beyond great! My lashes love it.