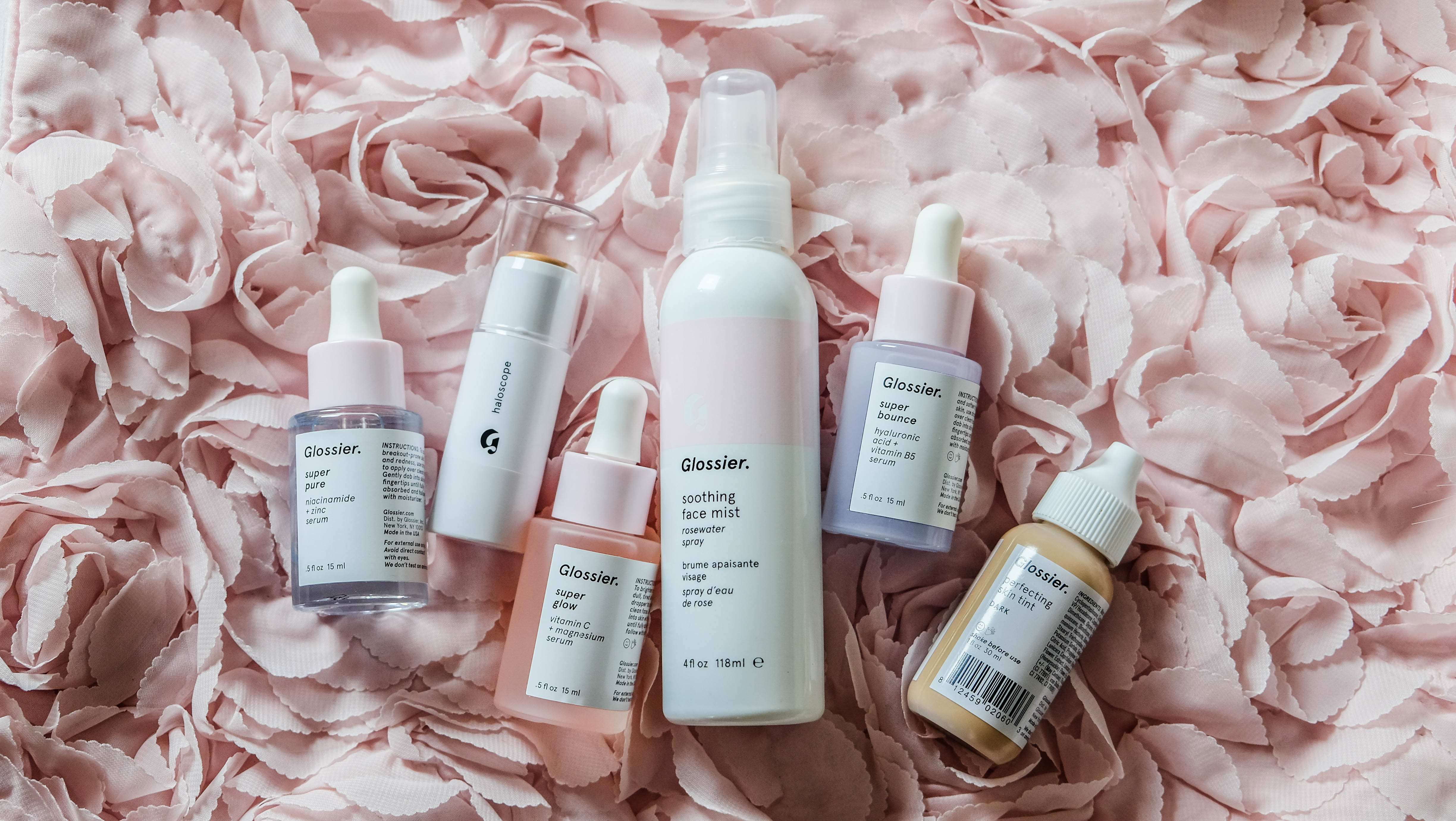 24 Mar THERE IS NO GLOSS IN GLOSSIER.

For someone who is a sucker for anything minimalistic, Glossier definitely caught my eye. But really, its a brand thats hard to miss with everyone raving about it on social media.

For the record, I really wanted to like these products but it just wasn’t working for me. The whole aesthetic of the brand is “Skin first. Makeup second.” Much like everyone else, I agree that skincare is paramount before applying flawless makeup. Despite the vibe of the “no makeup, makeup look” they were giving, I felt that the price points did not match the quality of the products. There is a fine line between satisfaction and being completely ripped off and that is exactly how I felt – ripped off.

After a month of me playing around with it, here are my thoughts on the Glossier products I purchased: 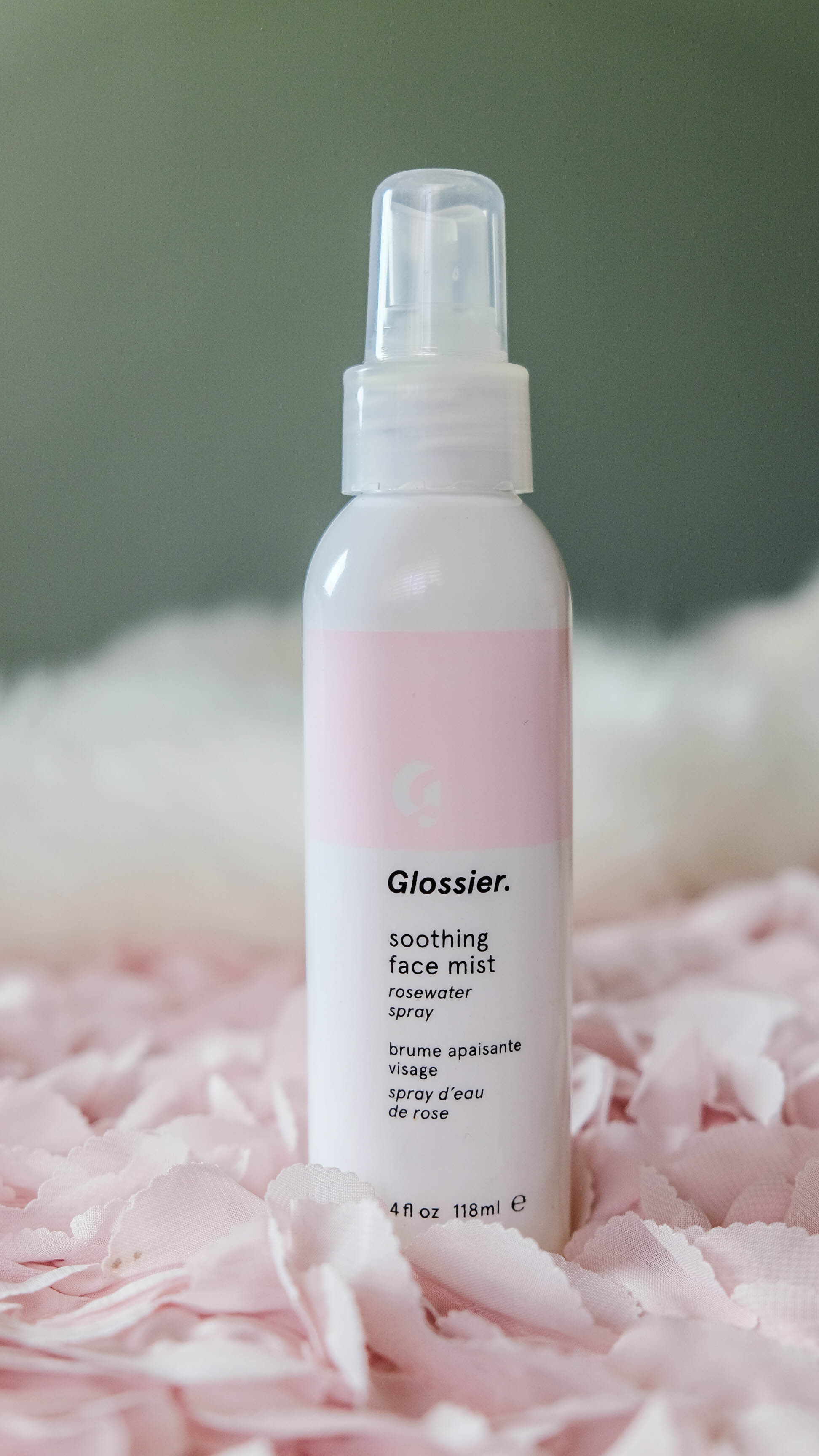 The Rosewater Soothing Face Mist ($18) was anything but soothing. I’ve tried many mists/sprays and none of them stung my eyes like this did. 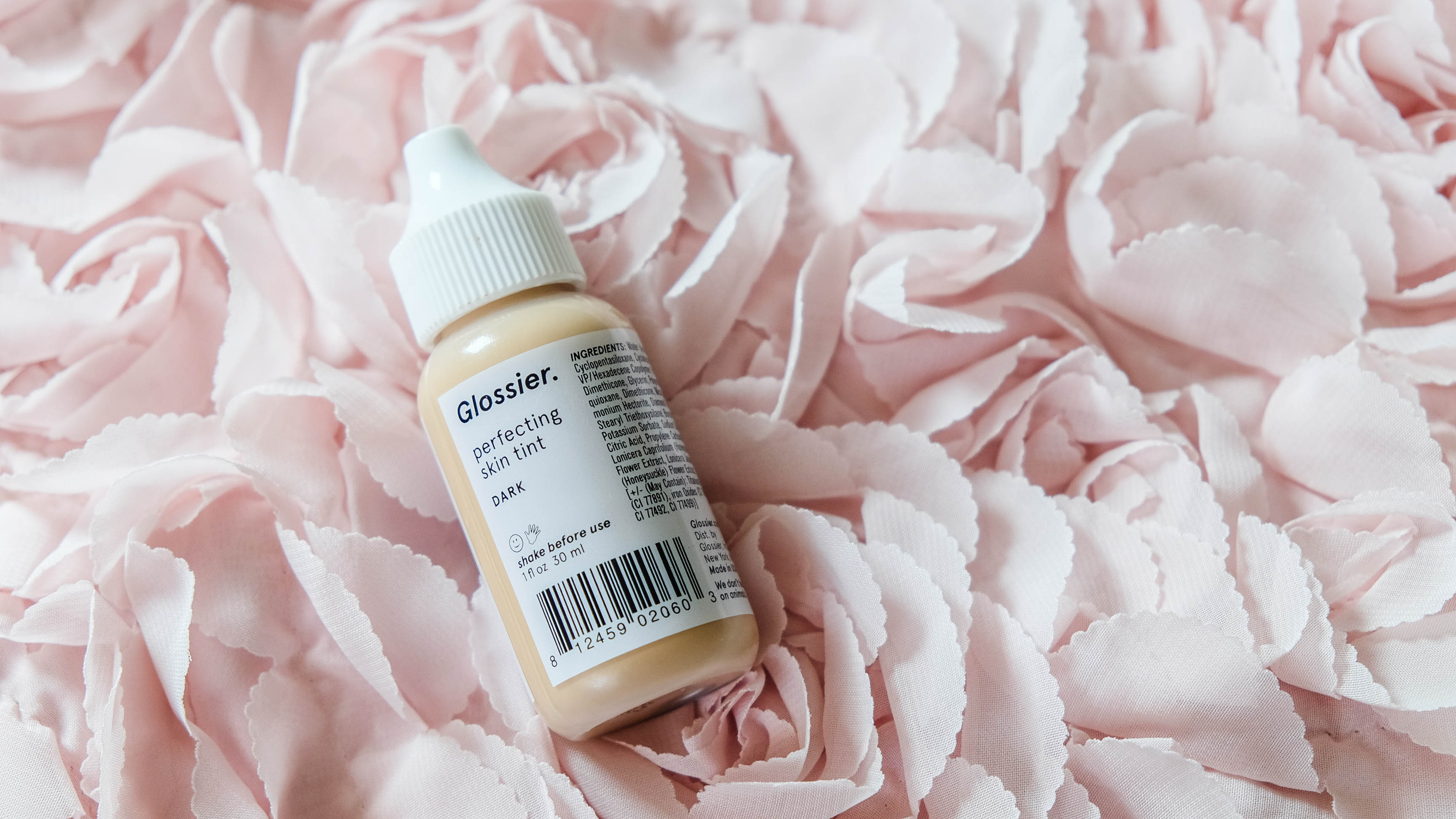 The Perfecting Skin Tint ($26) had little to no color pay off although most water based foundations and/or bases I’ve tried did have more coverage. It was like putting colored water on my face. As you can see the shade that matched me perfectly was in ‘dark’ which is a little surprising considering my skin tone. These shades were obviously made for caucasian skin. 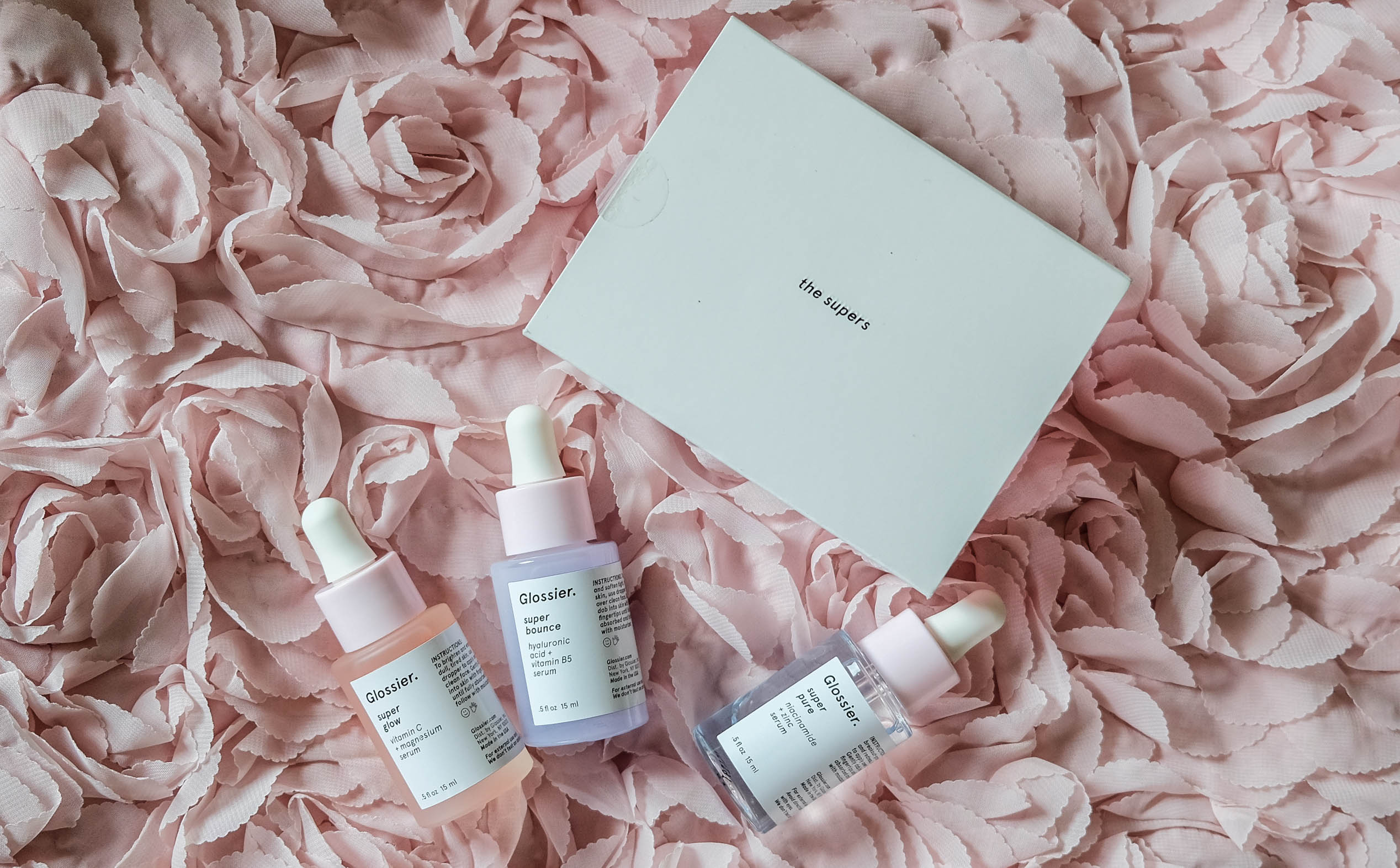 The Supers ($65) are extremely appealing but it doesn’t do the job. You’re better off saving money and buying drugstore skincare. This was as “meh” as it could get. 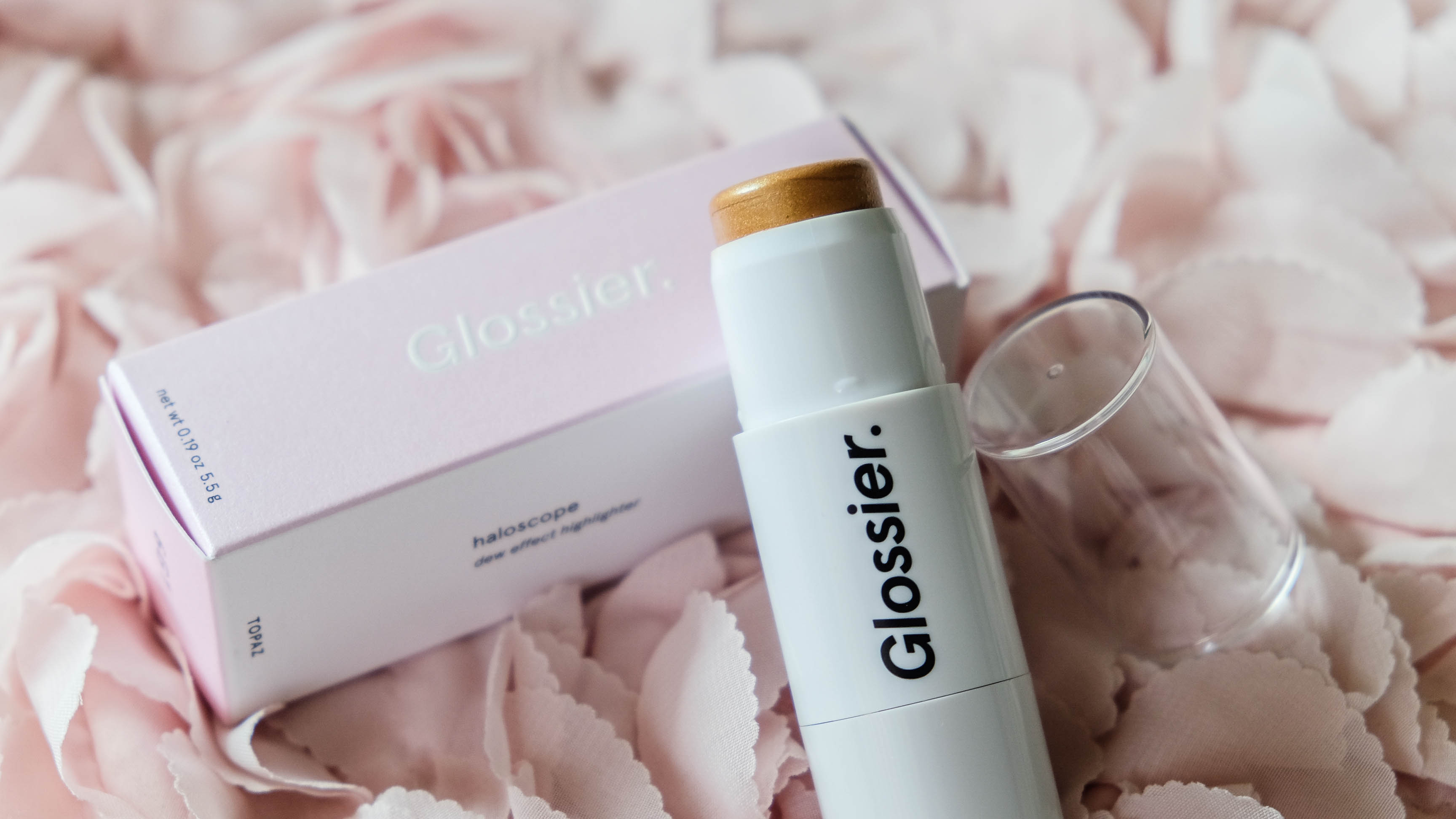 The Haloscope ($22) in Topaz was too dark to give me any glow.

The Boy Brow ($16) (which I forgot to take a photo of) was the most decent thing I purchased from Glossier. Normally, I use MAC’s Girl Boy so I figured getting the shade Blonde would be the closest thing to it but it barely transformed my dark brown brows to anything close to blonde. Despite the hype it receives, I would rather use my MAC brow gel.

To put it simply, Glossier to me is like American Apparel. The photos are enticing, they will reel you in as every ‘IT’ girl has it and loves it. But once you buy the product, you think to yourself ‘“did I really pay this much for THAT?”